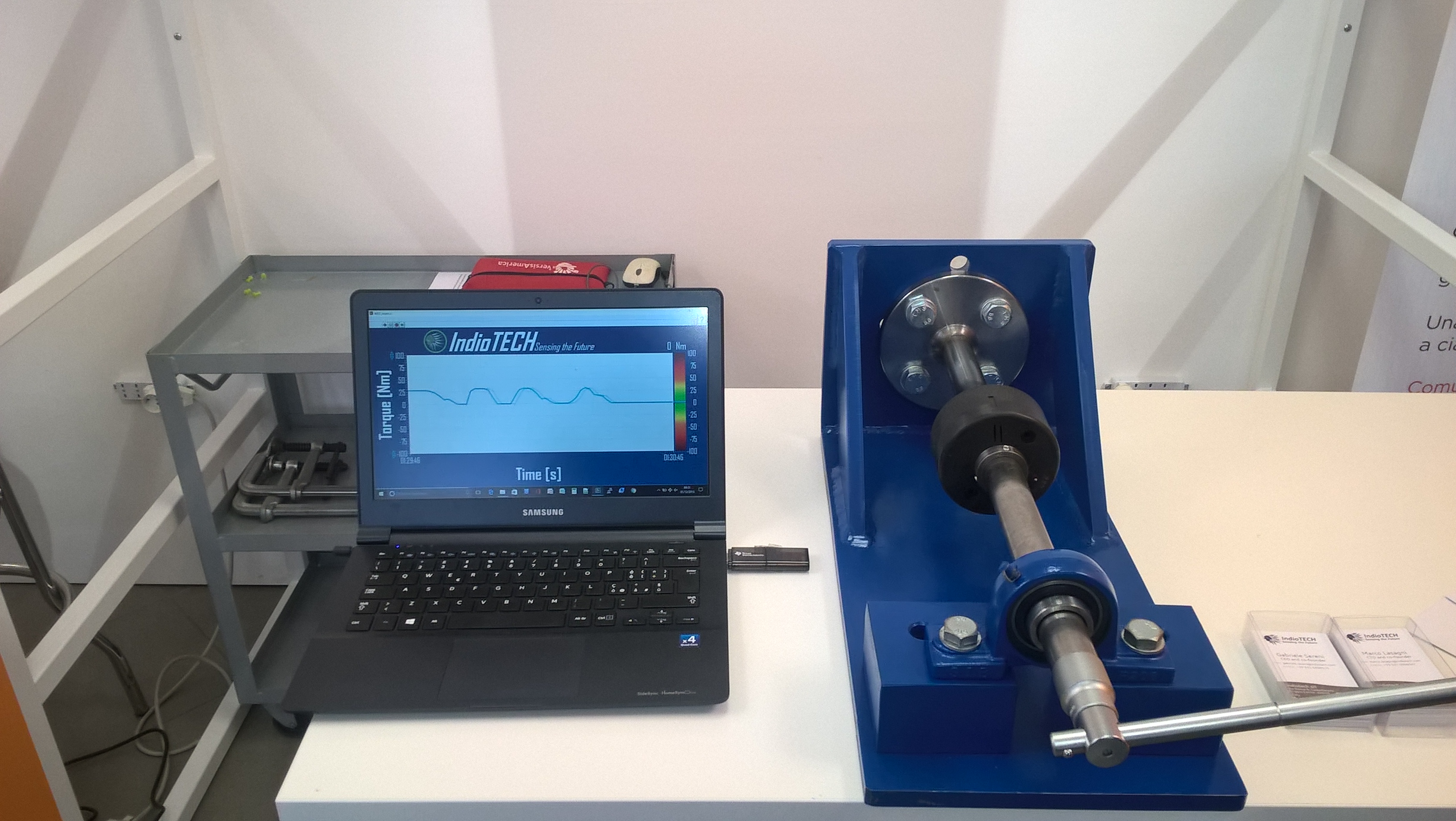 The final event of the Premio Nazionale per l'Innovazione 2016 (PNI), hosted by University of Modena and Reggio Emilia, was held last week in Modena. It has been a great opportunity to present the torque sensing solution proposed by IndioTECH and laid the foundations for possible collaborations and partnerships.

During the 2-days event the IndioTECH's new smart torque sensor MST350 has been presented for the first time. The IndioTECH's booth has been crowded of very interested people. Someone, especially enthusiast, defined MST350 and its technology as "potentially disruptive" !

Also the PNI's jury was impressed positively. In fact the MST350 has been included in the list of the TOP 4 Projects in the Category "Industrial" and it has been invited to the very final event held in the amazing location of the Teatro Storchi.

During the event only the 16 most innovative projects of the PNI 2016 (4 per category) has been presented to the audience with an extra pitch session.

Unfortunately MST350 did not win, but the very positive feedback coming from both different jury's members and owners and executive officiers of world leading companies stopped to the booth gaves to IndioTECH's guys a huge boost in confidence.

Of course the IndioTECH's guys are conscious that the access to the PNI's final has to be considered like a starting point. Few months ago MST350 was just an idea,  now it is becoming a product ready for a very competitive market.

Once again we want to thank all the people who are supporting us!